Source: Finland Will Become The First Country In The World To Get Rid of All School Subjects – Enlightened Consciousness

The huge changes will involve the removal of school subjects from the curriculum.

A revolution is coming for schools in Finland in the form of a destruction of all formal school subjects.

The head of the Department of Education in Helsinki, Marjo Kyllonen, has announced that he believes that the way children are taught now is based of a style that was a benefit to students in the beginnings of the 1900s, but now is no longer relevant and beneficial to our modernised way of learning. He strongly believes that our needs have changed and so we need to adapt our teachings to match with our new way of thinking and developing.

The huge changes will involve the removal of school subjects from the curriculum, as proposed by Finnish officials, which will be replaced by the study of individual events and phenomena.

There is even a proposed course called “working in a cafe” which will provide students with skills on the English language, economics and communication.

This new system, which is due to commence in 2020, will be introduced to students at the age of 16, meaning that after completing their initial broad subject studies, they can then choose for themselves which particular event or phenomenon that they wish to study, based on their interests and future prospects.

The idea of this is to eliminate disengagement of students who have to sit through individual classes that they believe they will not need based on their future hopes and ambitions of a working future, but instead will apply those prior individual subjects to a specific topic of their choice, thereby still learning the same skills, but using them in a more productive way that is most beneficial to their individual learning.

The Finnish education system also encourages collective work, meaning that students will be working together in small discussion groups, instead of sat behind individual desks and being taught by one teacher.

This new system will require all teachers to be on board and adaptable to the new teaching system, and around 70% of teachers in Helsinki have already begun work to prepare for the new teaching style, and as a result will get a pay rise.

As an education system that is seen as one of the best in the world, is this drastic change in how our children are taught pioneering the way forwards for other countries in generations to come?

What do you think?

THIS ARTICLE IS OFFERED UNDER CREATIVE COMMONS LICENSE. IT’S OKAY TO REPUBLISH IT ANYWHERE AS LONG AS ATTRIBUTION BIO IS INCLUDED AND ALL LINKS REMAIN INTACT.

Thanks to Truth Theory for this article. 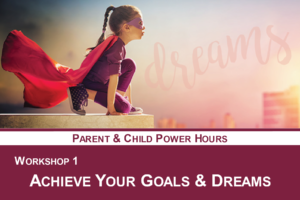 There are no upcoming events at this time.

I am Karin Cross

I help children and adults discover their inner power and use it to live happy, fulfilling lives.